Drumsticks & Conesticks belong to the Proteaceae family - which also includes Grevilleas, Waratahs and Banksias. Plus the Macadamia, Geebung and the Mountain Devil.

The Proteaceae family has nearly 1,800 species worldwide - with 1,100 found in Australia.

Both Drumsticks (Isopogon genus) and Conesticks (Petrophile genus) have about 35 and 50 species respectively - and all are only found in Australia. 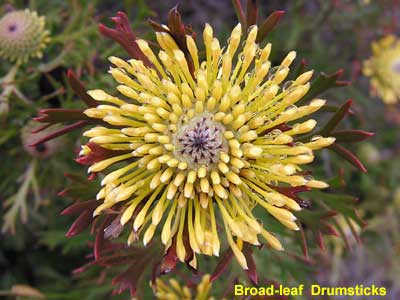 Drumsticks, as with many Australian native plants, are mainly found in Western Australia.

The Broad-leaf Drumsticks (Isopogon anemonifolius) is readily identified by its flat fork like leaves. 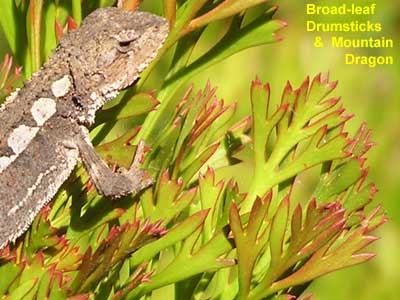 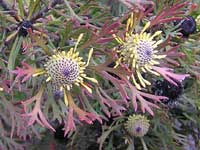 Its younger leaves become red in the cooler months, and this gives each flower a sensational red and green surround.

The 15mm wide flowers appear in spring and summer, and can be found along the New South Wales coast and adjacent ranges. 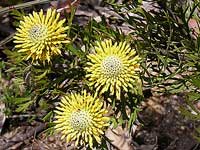 The lizard sun-bathing is a Mountain Dragon.

These photos were taken in the upper Blue Mountains. 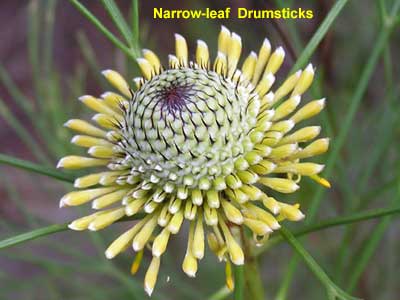 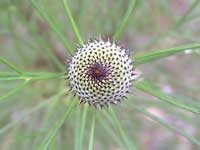 However, its radial needle shape leaves distinguish it from its sibling.

Flowering in spring, the Narrow-leaf Drumsticks can be found on the coast and ranges from Sydney south to Batemans Bay. 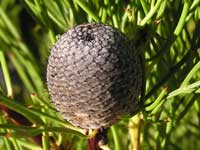 These photos were taken in the Lane Cove National Park. 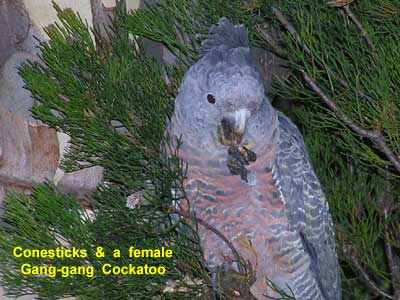 As with Drumsticks, Conesticks are mainly found in Western Australia.

The female Gang-gang cockatoo was really getting stuck into this Conestick. Its mate was watching.


The Conesticks (Petrophile pulchella), although similar to a Narrow-leaved Drumstick, is best identified by its cone shaped fruit. 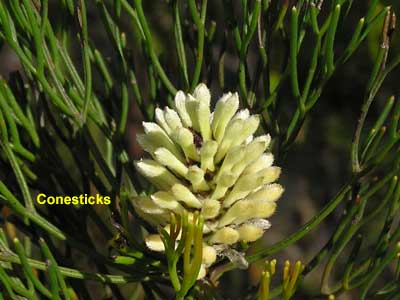 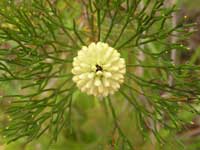 The Conesticks shrub is leggy and regularly grows over 2 metres in height.

Despite its appearance the Conesticks leaves are soft to the touch. 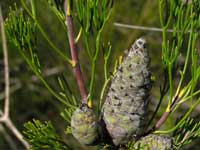 The 15mm wide Conesticks flower in summer, and can be found along the NSW coast and adjacent ranges.

These photos were taken in the upper Blue Mountains and the Lane Cove National Park.


The Stalked Conesticks (Petrophile pedunculata), although similar to the Conesticks above, has different leaves and flowers. 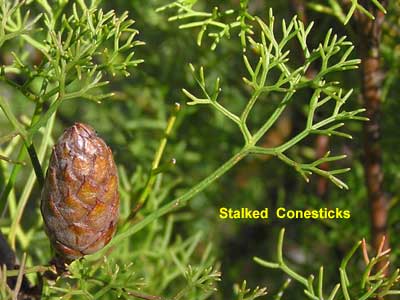 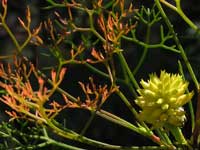 The leaves come out from the stem at a greater angle than with Conesticks, but not at right angles as with Petrophile sessilis.

The flower is also a brighter yellow and glabrous (no hairs). However the greatest difference, and the source of its botanic and common name, is the peduncle or stalk which is much longer than other Conesticks. 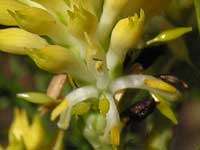 Its 15mm wide flowers appear in early summer. The Stalked Conesticks can be found on the coast and ranges from Sydney south to Marulan.

The leaves turn red, similar to the Broad-leaved Drumsticks.

A close up of the flower shows it opening to release the nuts.

These photos were taken in the upper Blue Mountains.