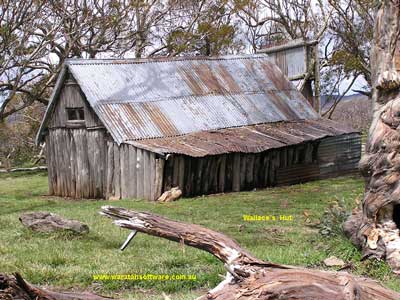 Wallace's Hut is 8km from Falls Creek in the Victorian High Plains. 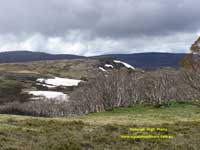 The hut was built in the 1890s by David Wallace and his three sons - Arthur, William and Stewart - to provide them shelter.

Stockmen would bring their cattle up to the High Plains to graze on the abundant and succulent alpine grasses, then take them down before the winter snows.

It is an easy ½ km walk to the hut from the Omeo Highway. It is also a destination in winter for cross country skiers.

Wallace's Hut is the oldest remaining hut on the high plains and is classified by the National Trust. 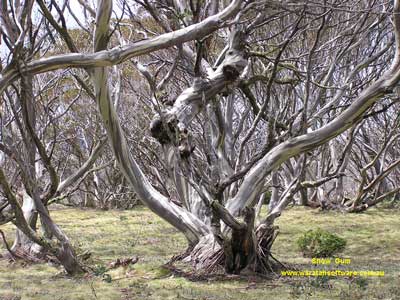 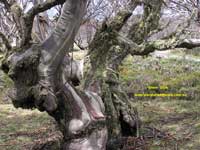 The Snow Gum (Eucalyptus pauciflora) is a small tree and bears white flowers in early summer. 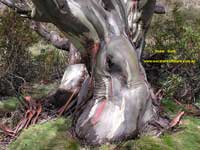 It is slow growing and its twisted trunks and coloured bark creates magic images. 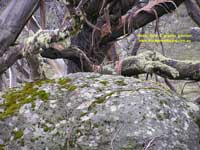 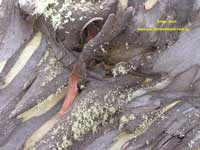 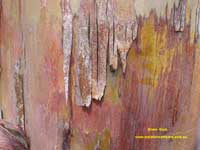 The wallpaper images to the right show the Snow Gum's colourful bark. Granite boulders are strewn throughout the area. 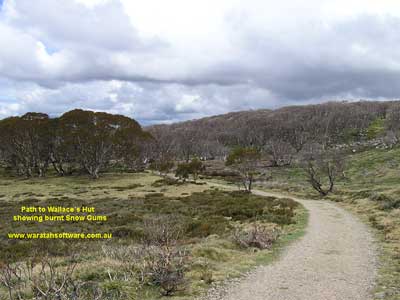 Many of the stands of snow gums near Wallace's Hut were burnt in the 2003 bushfires.

In the image to the right, the Snow Gums to the right of the path to Wallace's Hut were burnt; those on the left escaped. 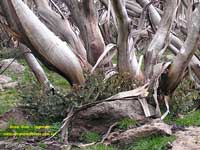 Snow gums regenerate from the lignotubers underground. So sadly the old growth above ground is dead.

Scientific evidence tended at an enquiry into the 2003 bushfires stated that "for some of the snow gum country you are probably looking at in excess of 50 to 75 years before you will see full recruitment and composition of those communities that existed before".